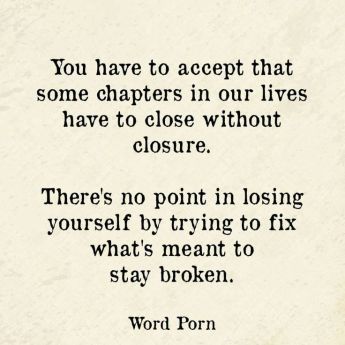 Let’s face it, some of us travel heavy.

We pack up past disillusions, disasters, drama and disappointments and drag them with us like luggage.  Sometimes we use this baggage as a convenient excuse for underperformance or a sour attitude. Sometimes we lug our baggage around as self-punishment or as a play for sympathy or  leverage. Sometimes we hang on to baggage because we want another chance and then another and another to fix the broken pieces we gathered up.

Of all the reasons to drag baggage around, the one that’s probably the most debilitating is that need to keep trying to fix, rescue or mend.  As the child of divorced parents, I can still remember carrying the weight of their disintegrating relationship. Once they did divorce, I packed up their debris and dragged those issues right into adulthood along with the flickering hope that they could still somehow, some day, get back together.

I have also experienced the heavy lift of trying to motivate people out of addiction; this was the equivalent of an entire plane-load of baggage. The urgency and relentlessness of those situations was so overwhelming, so dire, so chronic and so scary that it almost crushed my life.

There have also been unhealthy relationships that I simply dragged around for far too long thinking things would improve over time, or that I somehow owed it to that toxic person to keep hanging in there.

Needless to say, dealing with emotional “carry on” is crippling, but freeing myself was not as easy as simply dropping my bags at the curb:

I had to forgive people who never did (and never would) ask me to forgive them for the hurt and chaos they inflicted.

I had to let go of the lie that I could (or should) fix every problem or relationship.

I had to realize that I was not responsible for the actions of others and it was not my job to save them from themselves.

I had to accept that some things in life would remain broken forever and it was OK to walk away from the sharp pieces and move on.

I had to face the fact that I had become strangely addicted to some of my baggage and that letting go would require a life-realignment and rebalancing.

And lastly, I had to be honest about the times I used my baggage as a crutch to explain away my own lousy behavior and shortcomings.

These realizations didn’t take hold overnight, but when they did I was truly set free.. not only from the weight and responsibility of carrying around old baggage, but from the habit of packing up those heavy bags in the first place.